In the UK, it’s against the law to own certain types of dog.

It’s also against the law to: sell, abandon, give away, breed from a banned dog.

Whether your dog is a banned type depends on what it looks like, rather than its breed or name.

Example: If your dog matches many of the characteristics of a Pit Bull Terrier, it may be a banned type.

You have a banned dog

If you have a banned dog, the police or local council dog warden can take it away and keep it, even if:

The police may need permission from a court to do this. If your dog is in:

A police or council dog expert will judge what type of dog you have and whether it is (or could be) a danger to the public. Your dog will then either be:

While you wait for the court decision, you’re not allowed to visit your dog.

You can give up ownership of your dog but you can’t be forced to. If you do, your dog could be destroyed without you even going to court.

It’s your responsibility to prove your dog is not a banned type.

If you prove this, the court will order the dog to be returned to you. If you can’t prove it (or you plead guilty), you’ll be convicted of a crime.

The maximum penalty for having a banned dog against the law is a £5,000 fine and/or 6 months in prison. Your dog will also be destroyed.

If your dog is banned but the court thinks it’s not a danger to the public, it may put it on the IED and let you keep it.

You’ll be given a Certificate of Exemption. This is valid for the life of the dog.

Your dog must be:

As the owner, you must: 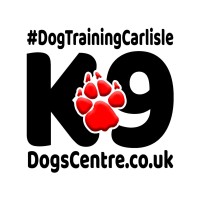 We are a Carlisle based family business with more than 17 years experience in dog care. We have owned dogs, cats and other animals for many years. We are committed to offering a professional and reliable service, ensuring the welfare and safety of your pets whilst they are in our training. Welcome!

We are insured and protected! Justine 'Tink' Reid
2022-01-16T17:42:48+0000
Picture speaks for itself!! 17week old springer tired out by todays class with Artur and Ewa!! Always so supportive and... helpful giving good solid advice and classes in busy locations so you learn to cope in busy situations with help right thereread more

Nick Phillips
2022-01-11T20:38:53+0000
Absolutely fantastic trainers. They completely understand the dogs and, more importantly, train the owners more than... the dogs. Artur, in particular, is a dog whisperer! I would highly recommend them to everyone, even if you think you have got your dog fairly well trained there is something that they can teach you. For us the problem we had was our 15 month old dog jumping up, Artur helped me to cure this within a few days.read more

Roslyn Kerr
2022-01-05T21:02:55+0000
I would definitely reccomend Artur and Ewa at Dogs Centre. I really like how each class is in a different outside... location which brings new challenges and distractions each week and helps you build the foundations with your dog. We have a young reactive German Shepherd and they have helped us and our dog gain confidence around other dogs.read more

Emily Teasdale
2021-10-31T16:04:48+0000
Absolutely fantastic, great techniques and makes you feel very in control. One to one sessions are definitely worth it!... Can’t thank Artur enough for helping me get to grips with training and made both me and Milo feel at ease.read more

Ana Budjelan
2021-10-24T19:42:17+0000
I highly recommend K9 Dogs Centre ! After just one visit from Artur we saw a great change in Jasper. I would never... had come up with stuff that we were shown to do and that work almost immediately! We had two 1-on-1 sessions and then joined outdoor group . Love the fact we are at a different place every week with all the new distractions for dogs to overcome 😄🐶 Thank you Eva and Artur !read more

Allison Jane
2021-08-10T19:00:51+0000
I couldn’t recommend Artur more. His knowledge is amazing. Our pup Max was diagnosed with a problem with his brain... meaning he has considerable daily needs. Artur has helped us to give Max the best quality of life possible and give us confidence as owners . He is truly the best . We are so grateful to work with him.read more

Glen Mcglasson
2021-05-16T18:27:18+0000
I can’t speak more highly of Artur and Ewa , their experience and knowledge has been invaluable so far training my GSD... puppy Reggie , always happy to help if you have a problem also 👍read more

Claire Louise Gate
2020-10-03T08:42:43+0000
Definitely recommend, really enjoy the classes and always learning something new every week , the progress Freddie made... in just the first session was unbelievable! 🐶 😄🙌🏼read more

Adel Little
2020-01-23T01:03:23+0000
My dog Bob and I are really enjoying the classes. Dog Centre has really helped us both. My relationship with my dog Bob... is so much stronger now. I feel more confident, my dog is happier and so am I. Since September of 2019 my dog Bob is a lot more calmer, happier and relaxed around other dogs, a lot less reactive. I highly recommend Dog Centre. Artur and Eva are amazing, I trust them completely with my dogs. My dog Bob loves his walks with Eva and I feel that this along with the classes, one to one sessions and putting in the training at home has really helped him. Bob adores Artur and Eva and I am so grateful for all the help and support they have given us. 🙂read more

Michalina Steckiewicz
2020-01-13T13:32:15+0000
We highly recommend classes at the Dog Center. Our Tina loved Arthur and Eve 🥰 We got a lot of help in bahavioral... problems that we had with our dog. We miss these classes 😔read more

Danuta Eleni Mucha
2017-09-11T16:16:07+0000
If you want to have a well trained dog and a happy dog too I highly recommend dogscenter As I have had plenty of... training sessions and I am pleased with how my dog is trained.read more
Next Reviews
Trustpilot
Copyright by AIO Carlisle